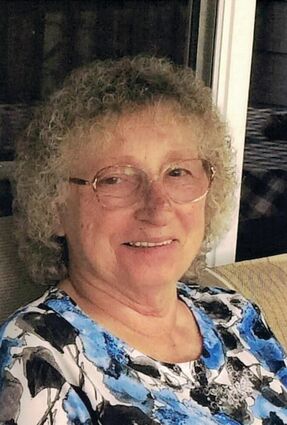 Waltraud M. Hall-Knapp of Shelton, Washington passed away peacefully while in her home on February 13, 2022, at the age of 84. Actively known as "Oma", Waltraud was from Weltersbach, Germany. She was a resident of Shelton for the last 17 years of her life, lived in Tacoma, Washington from 1971-1989, and spent the rest of her time in her home country of Germany or traveling the World to different Military bases.

Her passions included gardening, crocheting, and needlepoint work, hosting gar-age sales throughout the spring and summer, and even some solitaire on her desk-top computer. On occasion, you could find her letting loose and dancing away, whether that be in the comfort of her own home, or out at one of her favorite locations. Many people could see the glow on her face and watch her smile grow, while happily humming away. Waltraud was always up to something. Anyone could walk into her home and be welcomed. In addition, she was an avid seller of Avon for over 35 years. She often could be found enjoying the television show Little House on the Prairie, or sitting on her front porch with a cup of tea and toast with jam while admiring her blooming roses and hydrangeas. Frequently, she would use her free time not on herself, but to help those who needed it. Even though she ran two restaurants in Germany, she still managed to care for her parents. When she lived in Tacoma, Washington, she actively participated with the youth of St. Mark's Lutheran, was a part of a German club, and often visited the elderly. She never failed to make sure that people felt loved and cared for. Waltraud was an active, strong-willed, and loving individual. She never failed to make sure the people she cared for knew they were loved, no matter how she showed it.