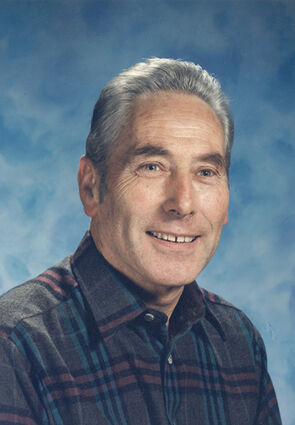 Edo Lenting of Brinnon, WA, passed away peacefully at home on February 25, 2022, at the age of 93. Edo was born in the Netherlands where he grew up enjoying ice skating, swimming and visit-ing the nearby North Sea beaches.

During WWII, he and his family suffered five years of Nazi Occupation. After the war he and his family emigrated to Carnation, WA. In 1951, Edo was drafted into the U.S. Army during the Kore-an War and served with occupation troops at the Landstuhl Army Medical Center in Germany. After the military, he worked for Kent Concrete and CAM Industries in Kent, WA. In 1972, he and his beloved wife, Lorraine and children moved to their home on Hood Canal. Edo worked for the Brinnon School as a bus driver and custodian for 19 years until his retirement in 1991. He enjoyed fishing, shrimping, crabbing and travelling in their motor home. He loved his family and many friends, as well as all of the young people who rode his bus or went to the Brinnon School. He recently published his memoir, "A Lucky Dutchman" with his daughter, Reina. He leaves behind his loving wife of 60 years, Lorraine, daughter Reina and her husband Jon Russell, sister Fenje Evert, two foster daughters, three grandchildren and eight great-grandchildren.

Edo will always be in our hearts and remembered for his positive attitude, warm heart, stories, smiles and laughter. A celebration of his life will take place at a later date. In lieu of flowers, please donate to Center Valley Animal Rescue of Quilcene or The Brinnon Community Church.