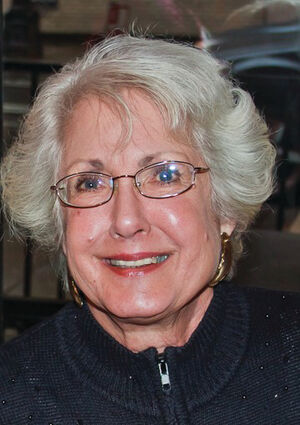 Teryl Jeanne (Johnson) Payne, 83, passed peacefully on February 6, 2022. She was born January 24, 1939, in Lead, South Dakota, to Dessa (Shaul) and Lawrence Johnson. In 1944 the family moved to Shelton, Washington. Teryl graduated in 1957 from Irene S. Reed High School where she was an honor student and active in student life.

Teryl was a talented artist who wove creativity, color and design throughout home, garden, holidays, and many family celebrations. She will forever be remembered for her vibrant energy, dancing, infectious laugh and all the love and support she gave to her parents, children, siblings, extended family, friends, and neighbors.

Teryl is survived by her daughter, Melody Anderson (husband Robb); her son, Larry; and siblings, Kent Lawrence Johnson (Sia Vladowski); Billee Sue Irwin (Dean); and Robyn Lynne Johnson (Peter Newland). She was predeceased by her parents and her sister Gwen.

A celebration of Teryl's life is planned for later this summer in Seattle. Remembrances may be made to the Multiple Sclerosis Society in her memory.