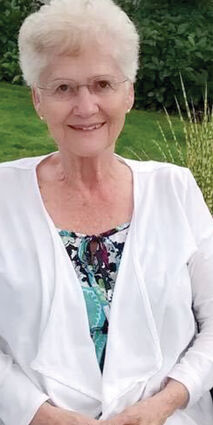 Ethel was born on August 26, 1938, in Seattle, Washington, where she would reminisce about riding her bike across the Aurora Avenue Bridge between Seattle and Ballard. Growing up in a family in ministry, Ethel graduated from West Coast Bible and High School in Fresno, California, with the class of '56. Shortly thereafter in 1957, she met and married the man she would spend the next 51 years with, DeLoss Zachry, Sr., who preceded her in death in 2008.

Ethel is remembered fondly in many respects; as a teacher at Shelton Christian School, as Supervisor of the grade 2-4 learning center where her students loved how she made learning fun, keeping touch with her and adoring her for years, as a loving mom and grandma who made sure that all of her children and grandchildren had a special birthday celebration to enter their teen years, and as a follower of Jesus Christ. Ethel sought to love her Savior by helping those in need, teaching and being active in her faith community, and living a life that produced fruit in a Spirit-filled life.

A family memorial was held on Thursday, February 3, 2022.