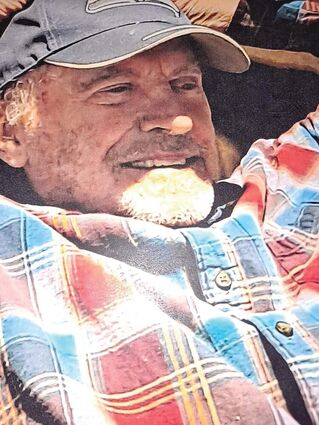 On January 21, 2022, surrounded by his children, in person and by phone, Donald Daniel went into the loving arms of his Heavenly Father. Donald was born January 1, 1937, in Devol, Oklahoma, to John Everett and Mary Adella Daniel. He was the youngest of their five children and the only boy.

Dad was a hard worker. He was up early milking the cows before school and again after school as a young man. Dad also earned money picking up bales of hay in the neighbor's fields and tossing them into the back of the truck, plowing fields, wrapping raspberry canes are just some of the jobs and stories that dad would tell. When he graduated from high school, he became a logger, which was hard work and dangerous. Dad married our mom, Leota (White) Daniel, and they started our family. Dad made a career change and took a job with the Department of Corrections, advancing in positions through the years. He worked there just shy of 33 years, retiring as Associate Superintendent of Custody at McNeil Island Prison. Don and Leota were married just short of 46 years when Leota passed away from cancer. They had four children together.

A couple of years later, Don married a second time, his friend from school, Sharion. Sharion was such a special wife, stepmom, and friend. She led dad to faith and his commitment to the Lord Jesus Christ. I will always love her and be thankful for her love and caring heart. Unfortunately, after about eight years of marriage, we lost Sharion to cancer also. Dad's first love was his family, children, grandchildren, and great-grandchildren. He lit up when the kids were in the room. He also enjoyed hunting, fishing, golfing, playing cards and word games.