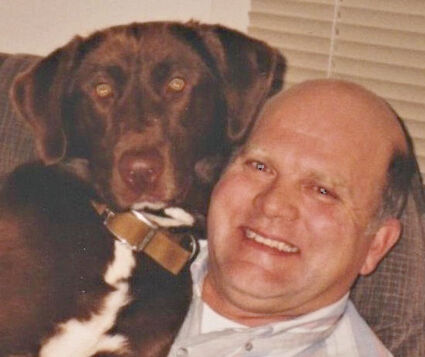 The "bull of the woods" has walked his last trail. After a lifetime of adventures and service to his family, community, and nation, Rod Matye began his latest great adventure on Friday, January 14th, 2022, dying peacefully with family by his side.

Rod moved to the Hoodsport, WA, area in 1961 when he was 14 and met his spouse Sandy Lymanthe same year. Both are 1965 graduates of what is now Shelton HS. Two weeks later, Rod joined the US Marine Corps, serving in California, Japan, Alaska, and Vietnam. Rod and Sandy were married in 1967. Together they made quite a team living up and down the Pacific Northwest from California to Alaska, while in the service, college, and US Forest Service. Daughter Lisa was born in 1969 in Kodiak, AK, while Rod was in the Marine Corps, and son Jon was born in 1973 while Rod was attending Centralia College. Graduating from Washington State University in 1976, Rod went on to spend a career in the Forest Service in various northwest locations, retiring from the Olympic National Forest Supervisors Office in 2003. Although officially a Silviculturist, Rod performed several roles in the USFS, including serving on National Incident Management teams that fought fires, responded to hurricanes, and other national tragedies including recovering the Columbia Space Shuttle, the Deep-Water Horizon incident, and the 9/11 terrorism attack on the World Trade Center.

Rod was proud to be a Lion. From community Easter Egg hunts, to helping organize golf events to raise money for scholarships, to splitting wood for the many Lion's Clubs projects, Rod was "all in", especially if the project benefitted children. He was instrumental in initiating the vision screen-ing program for elementary students in the Grays Harbor region, which has screened thousands of children for early vision problems. You can rest and relax on benches in Cosmopolis near the river or in the parkas result of projects he initiated on behalf of the Lions and the community.

Family, friends and adventure were always a priority. Whether it was hiking the Olympics, hunting birds, deer or elk, clamming at the beach, fishing or riding his Harley, Rod loved being outdoors. He traveled to some of the prettiest places our country has to offer, sometimes for pure enjoyment but too often for firefighting or incident management teamwork.

Rod is survived by his wife, Sandy , of Cosmopolis, WA; their daughter Lisa and her husband Kendall, and their children, Alex and Sydney of Littleton, CO; son Jon, his wife Melonie and their sons, Mason and Kaiden of Weston, OR. Also surviving him are his brother Roger and his wife Correne, his brothers-in-law Steve and Brad Lyman and their families. Rod and Sandy considered Jon's high school friend, Frank McClintick, his wife Stacey and children Heston and Sierra members of the family. All kids loved Rod and seemed to consider him both a tough mentor and a kin-dred spirit. Each and everyone had a special place in his heart, and he will be with them in spirit always.

Rod died of complications of Hodgkin's lymphoma. He requested to be cremated and buried at Willamette National Cemetery in Portland, OR, near his parents and uncle. The ceremony with full military honors will be scheduled for late spring or early summer, and we will notify those interest-ed once details are finalized. Arrangements are being handled by Barton Funeral Services of Kirk-land, WA.

In lieu of flowers, the family suggests donations to the Lions Club Scholarship Fund at: 601 2nd St, Cosmopolis, WA, 98537, or the Lion Vision Foundation at https://www.lionsclubs.org/en/resources-for-members/resource-center/vision-screening.