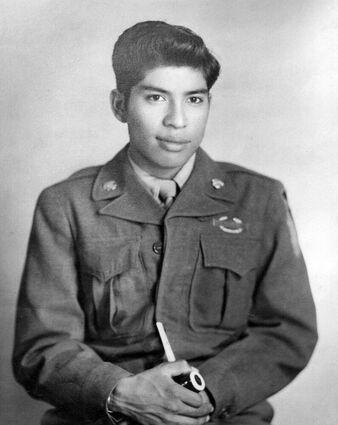 Raul was born September 14th, 1931, in El Paso, Texas, to Pedro Garcia and Francisca Hernandez. At a very young age, Raul relocated with his mother and siblings to Los Angeles, California where he enjoyed a large part of his life. He attended Oxnard High School and was drafted into the military during his senior year.

Raul is a Korean War Veteran and Purple Heart recipient. He earned this honor by saving the lives of two men that had been injured during combat. While stationed at Fort Lewis-McCord Army base, he met his first wife and mother of his two oldest children, Emily Miller. They later married in 1953. Raul was honored to have served his country and he continued to support those who also did after his discharge. He was a lifelong member of the American Legion where he loved to spend his time. He also enjoyed volunteering at the local food banks.

In the 1960's Raul was an accomplished semi-pro bowler. He was able to travel and compete, winning several trophies all of which his daughter still proudly displays. Raul married his second wife, Mary Bumpus in 1971. Together they had one child, Thomas Bumpus. They resided together in Ventura, California until 2007, at which time he relocated to Skokomish, Washington to live with his daughter.

Raul loved to joke and laugh. He had a smile that was contagious and an undeniable love for all his family. These are strong traits that he has passed on and can be seen within each and every member of his large family. He will truly be missed and always remembered.

He was preceded in death by his sister, Mary Cave, brother; Armando Brady and son Thomas Bumpus.