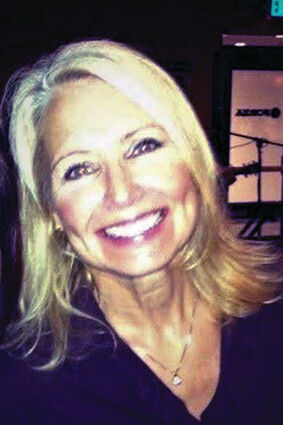 Gail married Michael "Mick" Ryan in 1988. She and Mick continued to reside in Shelton until 1998 when they moved to Olympia, WA. Gail and Mick found their Christian family in the Church of Living Water in Olympia, where their faith was strengthened through many close relationships in the church. After 44 years of employment, Gail recently retired from Peninsula Community Federal Credit Union, where she was Vice President of Human Resources. Many knew Gail for the beautiful cakes that she made throughout the years or by noticing her power walking through town during her lunch breaks. Gail's favorite place was the beach, and she enjoyed traveling with her husband and family to warm destinations with sand and water. When she wasn't traveling, Gail enjoyed spending time with close friends and family. Her grandchildren knew her as "Nana", and they spent many days at Nana's house playing in the pool, making cookies, having dance parties, going on walks to the park, and having pizza and popcorn. Gail made everything special and had a way of creating beauty wherever she went. She was always positive and so energetic. Gail would light up the room every time she walked in. She will be missed beyond words.

Funeral arrangements made by McComb and Wagner and the obituary can also be viewed at http://www.mccombwagner.com.

Donations in Gail's name may be made to Church of Living Water, Samaritan's Purse, or Tunnel to Towers Foundation.