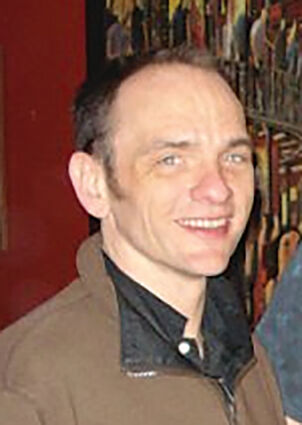 Stephen passed away unexpectedly of a pulmonary embolism. He was much loved and leaves behind his partner of more than 21 years (John Trow-Smith of London), his sister (Kim Neff of Bremerton), his brother (Shane Mclean of Belfair) his sister (Kendralynn Gibbons of Port Orchard) also survived by his uncle Brian Baldwin and grandmother Bonnie Baldwin, both of Belfair. His nephews and niece; Justin Solene, Gavin and Kennesy Reidt and Christian and Hayden Stanley, to whom he was the best uncle a kid could ask for, he had an 'especially strong love' for his niece and nephews.

Stephen was preceded in death by his Mother (Linda Solene (Baldwin), father Kenneth Solene, and sister Brandalynn Reidt. Stephen had an especially strong love for his sisters and his niece and nephews.

Stephen graduated from North Mason High School in 1993. After that, he worked in Social Care, first at Communitas in Bremerton then for providers in Seattle, Portland and London. His compassion and empathy were defining personality traits. He had a sense of humor that made others laugh by being either dry or silly. Stephen also worked in hospitality and retail. He moved to London in 2002 to live with his partner. While there, he studied art and 3D animation before he went on to work on website building. He volunteered at different places over the years including famine relief charity Oxfam, anti-hate charity 17-24-30 and London Pride, and he was a member of London's GMDC where he did theater as a hobby. Stephen loved music, food and drink, politics, art and travel. He loved the trips he went on with John to Europe, Korea, Singapore, Cambodia, Belize and Guatemala. London had become home to him, but his heart was always on the Olympic Peninsula. Memorial arrangements are still being planned for Spring of 2022.