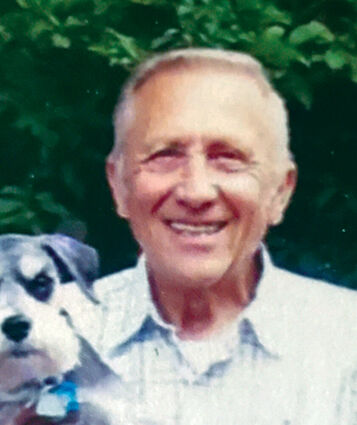 Clyde (Jerry) Medley, 92, died January 4, 2022 at Mason General Hospital with his family by his side. He was born November 7, 1929 in Pikeville Tennessee to Parker and Myrtle (Myers) Medley. He enlisted in the Navy on his 18th birthday and was stationed in Bremerton. While serving there he met Arlene Leeds through mutual friends and they married on November 11, 1950. They were joined by their only daughter, Virginia (Ginger) in 1951. Jerry was honorably discharged in November that same year. He worked for a short time for the ITT Rayonier and later for the City of Shelton. He eventually went to work for Jim Pauley at the Ford Garage downtown in 1960. After Pauley sold the business Jerry worked for Scott Hilburn Ford until he retired in 1991.

Jerry and Arlene loved to camp and work projects together. He was an accomplished wood worker donating many of his pieces to Mason General Hospital Auxiliary, Faith Lutheran Church Bazaars and others. He was a true gentleman whose kind and loving nature will be missed by everyone who knew him.

Mr. Medley was preceded in death by his loving wife Arlene in 2013, his parents, three brothers and two sisters.

A memorial service will be held at Faith Lutheran Church on Saturday, January 22, at 2:00 PM. Due to Covid concerns there will not be a reception afterwards and masks will be required.