How far is too far to drive to a dive bar?

Stretching the definition of ‘trail’ 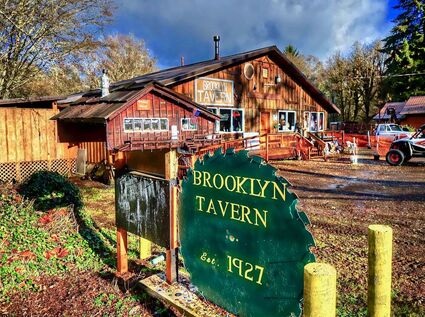 A miniature model tavern shelters the chalk message board beside the sign for the Brooklyn Tavern.

I heard about the Brooklyn Tavern 10 years ago from a guy who grew up in Raymond. He was never much for description, and he didn't let me down this time, either; he just managed to convey that it was far, far away.

So about eight years pass and I'm at the Artic Tavern with George Stenberg, watching the Kansas City Chiefs spank the hapless San Francisco 49ers in whatever Roman numeral Super Bowl it was that year.

That's where I learn that the Brooklyn Tavern is 17 miles straight up the road from the Artic. At that time I had believed that the Artic - with its alder-smoked atmosphere, monst...