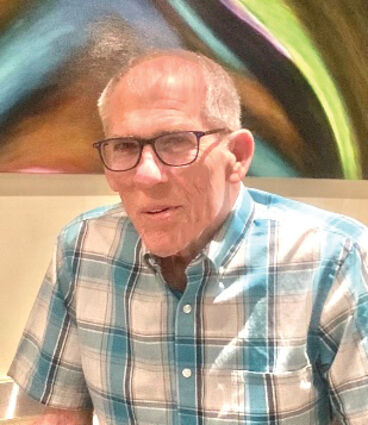 Terry Alvin Osterberg passed away on December 9th, 2021, at the age of 78, in Olympia, Washington, with family by his side. His battle with serious medical issues in recent years showed his courage in facing life challenges with a smile and without a complaint. He was a loving husband, father, grandfather, father-in-law, uncle, and friend who will be strongly missed.

Terry was born to Wanda and Lennart Osterberg on August 2nd, 1943, in Tacoma, Washington. He grew up in Shelton, Washington where he graduated from Shelton High School in1961. He attended Olympic Junior College, Western Washington State College, and Central Washington State College where he met his wife, Susan Wheaton. Together they had two children: Eddie and Suzanne. They settled and lived in Ridgefield, Washington for 43years.Terry worked in the Concrete Pipe Industry as a contractor and later as a sales manager for over 30 years.

He served six years in the National Guards and volunteered for the Ridgefield Lions Club and served as President of the Ridgefield School Board. Terry was passionate about helping under- served populations and gave his support to many organizations in his community.

Terry had a love for travel, sports, music, playing card games, and spending time with family, friends, and his sweet dogs. Terry's first trip with friends around the United States in his 1957 Chevy sparked a love for travelling. He later travelled to Europe, Canada, Mexico, Hawaii, and New York City where he would visit his daughter, and in 2018 he watched her run in the New York City Marathon.

Terry embodies the sentiment: "the most important thing in life is how you make people feel." Terry made everyone he met feel loved and welcome.

Terry is survived by his wife of 52 years, Sue; children; Eddie, Suzanne (Sumeer); grandchildren: Asha and Amaya Singla; and numerous other family members, friends, and dogs.

The Memorial Service that was originally planned had to be postponed. We will have a Memorial for Terry in the Spring of 2022. Details will be published at a later date.