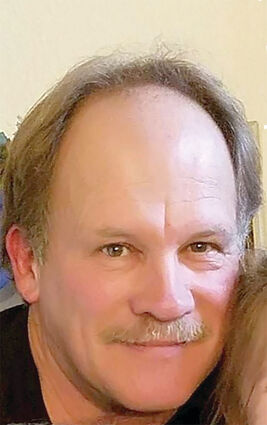 Jeffrey Araujo, beloved father and grandfather, passed away December 17th, 2021, at his home in Union, Washington. He was preceded in death by his wife of 29 years, Janenne, in 2007. He is survived by his mother Joey; his siblings Laura and Steve; his daughters Jennifer, Jessica and Jillian; his grandchildren Ellise, Gavin, Fiona and Piper; and his partner Shannon.

Jeff was born to Jay and Joey Araujo on March 7th, 1959 in Los Angeles, California. He met his future wife, Jan, at Hart High School in Santa Clarita, CA, when they were 14 years old. They married in 1978, and Jeff served in the Navy for two years. Jeff and Jan lived in Texas for 11 years before moving to Union, WA, in 1993, where they settled into a home that was originally built by Jeff's grandfather.

As a boy Jeff would frequently visit his grandparents on the Hood Canal and it became one of his favorite places. Jeff was a sentimentalist with a big heart. At the time of his passing, his daughters found a photo of Jan in Jeff's wallet from when she was in high school. It brought the girls great comfort in knowing that their dad always carried their mom around with him. Jeff found love again in his partner Shannon. They created a wonderful life together, traveling the world, and going on frequent hikes with their dog. They were together for 10 years until Jeff's passing.

Jeff was a caring son, nephew, partner, father and grandfather. He lived next door to his great-aunt and mother, often checking in and doing various chores and errands for them. He always put family first and took care of them. He was also a goofball, often making funny faces for the camera, a trait which he passed down to his children and grandchildren. Jeff found his joy in the simple pleasures of life. He loved being around family, often saying how proud he was of his daughters and grandchildren. Jeff also loved helping others, playing guitar, writing lyrics and composing music, fishing and crabbing in the Hood Canal, and a good shot of tequila. Jeff was greatly loved and will be missed by his family and friends. Even though his passing was sudden and heartbreaking, he lived a great life. The experiences he created with his loved ones will always be treasured memories in which he will never be forgotten.