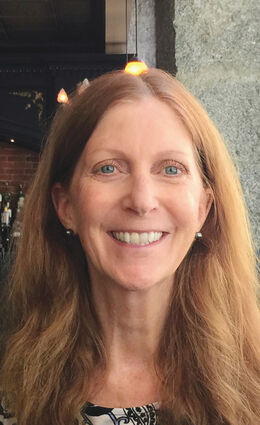 Leslie Orme was born Leslie Kaye Patton, the youngest of four children, to Gloria and Lew Patton. She arrived on their 10th anniversary together; October 15, 1957. She passed peacefully in her home on November 20, 2021, surrounded by her loved ones.

Leslie's passion was staying active, a trait she developed early in childhood. There was always adventure to be had outdoors growing up in Wapato, Wilbur, Toppenish, and Yakima. She loved horseback riding with her father, skiing with her friends, dancing with most anyone, and playing sports like volleyball and tennis. Later in life, she was known as the neighborhood speed walker. It was almost impossible to keep up with her constant zeal for activity, though over decades of her religious power walking, many attempted converts did try. They could easily be identified as the people exhaustedly jogging to keep up with her long, perpetually energetic stride.

Leslie framed every setback as a potential blessing, every missed goal as an opportunity. Her optimism was contagious. Looking at her life, it's easy to see why; all the best things in it seemed to happen by chance. She entered the English major at CWU on a whim, at the recommendation of a professor. His simple comment led to a lifetime of deeply rewarding service at Shelton High School, where she taught English for 35 years. She loved her work there, from the emotional support she could offer students, to the appreciation for history she could impart on them, to the warm relationships she developed with her colleagues and friends. She served the English Department with great pride, as a department chair, mentor, and perhaps most importantly, beloved host of the annual holiday party.

Fortune seemed to smile on Leslie at every turn. She met her husband Tad on a chance encounter during her senior year of college. He was visiting his brother, her next-door neighbor, and the two struck up conversation. A few months later, they were married. Together they built a beautiful home on Puget Sound, raised two amazing daughters, adventured around the world, and enjoyed three crazy grandchildren. Their happenstance introduction led to over 40 years of marriage together, and brought five (and counting) people into the world.

Above all, Leslie was powerful. She could compel you to do near anything by smiling mischievously and elbowing you lightly in the ribs while coaxing, "C'mon...." So many opportunities to dance, to play, and to live life to the absolute fullest, were realized when she cast that spell on her friends and family members. For the people lucky enough to know her, she was truly magic. Though it's difficult to understand why such a brilliant force was taken so soon, there is solace in the way Leslie lived, and what she believed. Every day a gift, every setback an adventure, every mistake an opportunity to do better. We might question why she's gone, but there's no doubt about what she would answer. "Things are going to work out just right," she'd say. "Don't worry, c'mon... Let's dance." For those who survive her; her husband, two daughters and their spouses, three grandchildren, both parents, three siblings, nieces and nephews, cousins, and her countless friends, she will be dearly, dearly missed.

Per Leslie's request, there will not be a service at this time. A celebration of life will be held in Summer 2022, when weather will permit an outdoor gathering. In lieu of flowers, Leslie requested that people donate to a favorite charity or better yet, perform an act of community service.