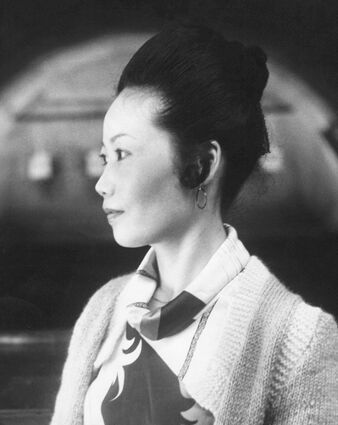 And a dewdrop vanished

Yoshiko "Yoshi" Crowell was born Yoshiko Amino on December 2, 1935 in Yokohama, Japan to Masanobu and Kimie Amino. A child during World War II, Yoshi lived through the turmoil and destruction caused by the Allied attacks on and atomic bombings of the Empire of Japan. The hardships caused by the war instilled a quiet seriousness into Yoshi, as well as a tendency to keep anything of practical use. Yoshi attended different grade schools in Yokahama, Yamanashi, and Sagamihara Prefectures, middle school in Kanagawa Prefecture, and graduated from the prestigious Kibogaoka High School in Yokahama Prefecture in 1954. After high school, Yoshi worked in several jobs, including as a clerk, at her family's tailoring business, and as a secretary at Nippi Co., Ltd in Kanagawa Prefecture. In 1967, Yoshi began working as a secretary at Naval Air facility-Atsugi in Ayase, Kanagawa Prefecture, where she received a commendation for excellence. At Atsugi, she met Naval Chief Warrant Officer Bill N. Crowell. After a brief courtship, Yoshi informed Bill that since she had gotten to know him, "I have grown very fond of you, and wish to know what your intentions are towards me." Yoshi and Bill married on August 31, 1977 at the United States Embassy in Tokyo. Yoshi and Bill moved to Bremerton, WA when Bill was transferred to the Puget Sound Naval Shipyard. On July 19, 1978, Yoshi and Bill's only child, Robin, was born in Bremerton. On November 14, 1980, with the assistance of United States Congressional Representative Norm Dicks, Yoshi became a citizen of the United States. Later that year, the family moved back to Japan when Bill was transferred to Naval Air Facility-Atsugi. The family was stationed at Atsugi for several years, and this tour allowed Yoshi, Bill, and Robin to spend extended time with Yoshi's mother, father, and siblings. Yoshi, Bill, and Robin returned to the United States, Oak Harbor, Washington in 1984 when Bill was transferred to Naval Air Station-Whidbey. On March 9, 1988, Yoshi was baptized at Concordia Lutheran Church in Oak Harbor. The same year, the family moved to Shelton, Washington, where Yoshi and Bill resided for the next 30 years .In June 2018, Yoshi and Bill moved from Shelton to rural Thurston County to live with their daughter, Robin, and son-in-law, Jack, and their cats Indiee-Kenny, Adele, and Lukas (who was Yoshi's favorite). Between 2018 and 2021, Yoshi cared for her family, took many walks in the field while keeping her eyes peeled for snakes, played with the cats, drove back and forth to JBLM for Bill's military haircuts and shopping, cursed the family compound's prevalent gopher-mounds and dandelions ("disgusting"), and had many, many day-long outings to Nordstrom with her beloved daughter. On September 16, 2021, Yoshi suffered a mild stroke at home and was transported to Providence St. Peter Hospital in Olympia. While in hospital, with her daughter at her side, Yoshi suffered a massive and rare stroke. Medical intervention was delayed by two hours because of the significant number of COVID-19 ventilator patients being treated at St. Peter's. The stroke caused profound and irreversible brain injury. The following day, Friday, September 17, 2021, at 3:19PM, Yoshi died, with Bill, Robin, Jack, and long-time family friend Niki Pavlicek at her side.

During her life, Yoshi survived WW II, learned a second language, immigrated to the United States, cared for her family, managed the family home, was actively involved at Mount Olive Lutheran Church in Shelton, WA. She opened her home to bible studies, supported her husband's work and Lutheran ministry, served as family support volunteer at an Oak Harbor non-profit, cooked innumerable delicious Japanese-American meals, knitted, practiced the art of origami, and spent time with her dearest friends. From a family of tailors who created bespoke suits for the Japanese Diet, Yoshi herself was an amazing tailor who could create almost anything with cloth, needle, and thread-she was a sewing machine. 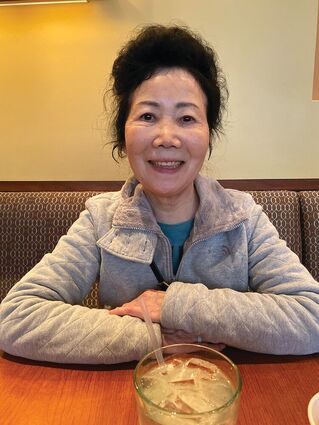 Yoshi was preceded in death by her parents, Masanobu and Kimie Amino, her infant brother, Masafumi, and sister-in-law Takako. Yoshi is survived by her husband, Bill Crowell, daughter, Robin Bucknell (Jack), sisters, Etsuko Matsubara, Kiyoko Miyamoto, and Tomiko Nakatogawa, and brothers Masahide (Takako) and Nobushige (Kimiko) Amino, and numerous nieces and nephews. We are planning a funeral for Yoshi and will announce the date once all arrangements are made.

Yoshi was a courageous, strong, intelligent (her brothers and sisters rated her as the smartest Amino sibling), stubborn, conscientious person. She expected and gave the best, always met the occasion, always tried. Yoshi left an indelible mark on her family and friends, and our lives will never be the same without her. She will be greatly missed.