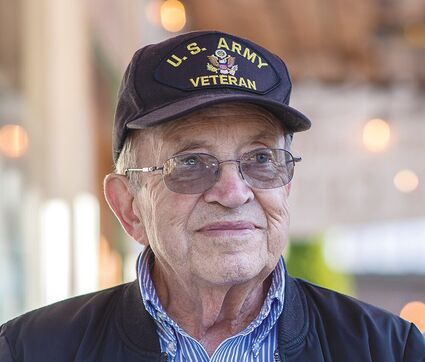 Gerald Leon Salisbury passed away from cancer on October 25, 2021, at the age of 84. He was born in Dodge City, Kansas, to Lucy and Loren Salisbury. Jerry grew up in Puyallup, Washington and graduated from Puyallup High School. There he met Bonnie, the love of his life and his wife for 66+ years.

Jerry loved his country and served in the United States Army with a tour in Alaska. Upon completion of his military enlistment, he attended the University of Puget Sound. He graduated from UPS with a Bachelor of Arts in Business Administration.

In 1967, Jerry moved to Shelton to take the position of manager at Capitol Savings and Loan. He then worked for Graystone. Jerry finished his career at the Port of Seattle, working import and export for 20 years.

The simplest pleasures in life brought great joy to Jerry. He loved time with his family and enjoyed gardening, woodworking, reading and nature. He will be remembered for saying, "you can always find beauty in everything, no matter where you go in this world."

He was a member of Shelton United Methodist Church and belonged to various clubs in the community. Jerry's humble and kind spirit, cheerful attitude, and bright smile will be missed by all who knew him.

Jerry is survived by his wife Bonnie, his children Casey Salisbury and Julane Skipworth along with their spouses. In addition, his legacy will live on through his seven grandchildren and four great-grandchildren. Jerry was preceded in death by his oldest son Randy Salisbury.

On October 30, Jerry Salisbury's life was celebrated by his family in a small private service.