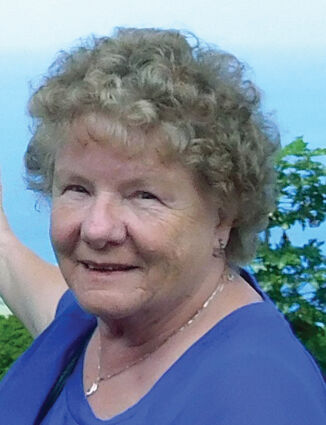 Rose Else Sheary was born Rose Klein in Herrenberg, Germany on November 14, 1943. Rose had been a resident of Washington since 1971, living in many different places, but most recently called Shelton home. Rose passed away at the Hospice House in Tacoma on October 1, 2021.

Rose immigrated to the United States in the early 1970's, living first in Menlo, WA. She fulfilled a long-time dream and became a nurse in 1972. Rose was also a volunteer firefighter and EMT for the Quinault Fire Department for many years. Rose owned and operated several businesses in her life, including the Bethel Square Restaurant in Port Orchard, which she ran for almost 10 years. She has been a long-time member of TOPS and has been a part of many community clubs and organizations.

Rose cared deeply for her family and friends; she enjoyed few things more than sitting down and enjoying a cup of coffee, a bit of food, and a good laugh with those she cared about. She was forever a caretaker of many people and things. She was an avid gardener with a special talent for orchids but seemed to be able to grow just about anything, and was known for her extensive, thriving gardens. Her homes were always surrounded with hordes of adoring hummingbirds.

Rose's son Albert "Bert" Kohler preceded her in death, passing away earlier this year. She is survived by her daughter and son in law Cynthia and Robert Fisher, her grandchildren Bobby Fisher and Kim Christen, and her Great-grandchildren Josie, Allie, Sy, and Emre. She is also survived by her sister Sigrid in Germany, along with numerous other family members.