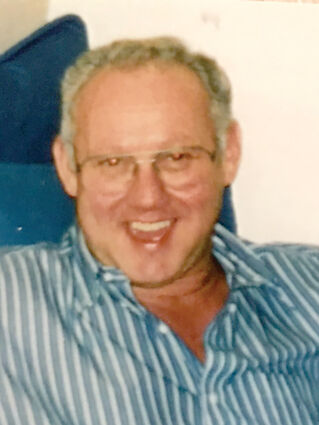 Bob passed away at Alpine Way assisted living facility on November 8th, 2021, with his children, Rob and Pixie by his side. Born May 16th, 1943 in Silsbee, Texas, Bob lived the majority of his adult life in Shelton, WA.

Bob left Texas before graduating high school and joined the Navy in the early 60's. He met his future wife, Joy while serving in the Navy. He was honorably discharged from service in 1964 and shortly after moved with his wife and baby daughter to Shelton. He worked for Simpson Timber Company for several years before joining Certified Manufacturing as a machinist. At Certified he worked for many years as a journeyman machinist, eventually earning the position of foreman. During his last several years of employment with Certified he, along with Joy, and started their own business, Barnes Machine. Ultimately, he was able to work his own business full time and would go on to be one of the larger employers in Mason County by the time the business was sold in 1998.

Along the way Bob and Joy were able to build their dream house with enough room for a few farm animals and a couple of race horses. Although Bob proved to be a poor excuse for a farmer, having to give away the hogs (Pork Chop and Apple Sauce) he raised because he couldn't eat them once he had made friends with them. He was slightly more successful at horse racing, winning a few races at Longacres as the owner of Pappy's Dancer, an offspring of Seattle Slew.

Bob and Joy were able to retire after selling Barnes Machine. Although shortly after the sale, Bob discovered retirement wasn't for him. He would go on to be involved in several other businesses (Jimmy G's, Sensaria) until dementia started to take its toll.

Bob was preceded in death by his wife, Joy, his parents, and two brothers.

He is survived by his children, son, Rob (wife Angela), daughter, Pixie (husband Curtis), grandsons, Cole and Carter as well as his sister, Jeannie.

His family would like to thank all the caregivers at Alpine Way and Providence Hospice for the great care and support they provided our father and the family in the last years and days of his life.