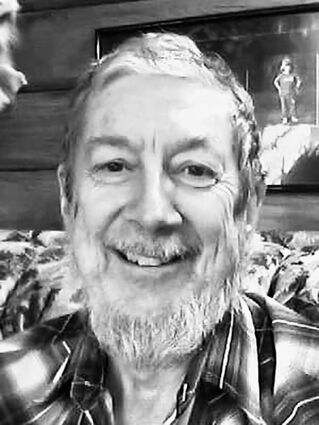 Graydon Joel Holden passed away October 14, 2021, at age 82. Graydon was born August 1, 1939, in Anoka, MN. He was the eldest child of Graydon Joseph and Margaret [Kolstad] Holden, with three younger siblings; Carol, David, and Betty. The family moved to Woodinville, WA in 1943, and Graydon graduated Bothell High School in 1957. He worked with his father and brother hanging drywall in the Seattle area.

Graydon had two sons, Ken and Steve, from his first marriage to Darlene Galbrath. n 1972 he married Marilea Barber, and had three children; LeAnna, Graydon Rowan, and Michael. Graydon and Marilea loved the Lord and were active members of their churches, faith families, and local communities throughout their lives.

Graydon and his family lived in Dutch Harbor, AK from 1974-1986, where he was employed by Universal Seafoods. The family moved to Shelton, WA in 1986, where he ran his own home construction and drafting businesses until 2015 when, at the age of 76, he retired due to health issues.

Graydon was preceded in death by his wife, Marilea, in 2018. Graydon is survived by his sisters; Carol Lewis and Betty Stipek. Also by his children; Kenneth Holden, Stephen Holden, LeAnna McFarland, Graydon R. Holden, and Michael Holden, and twelve grandchildren, and one great-grandchild.