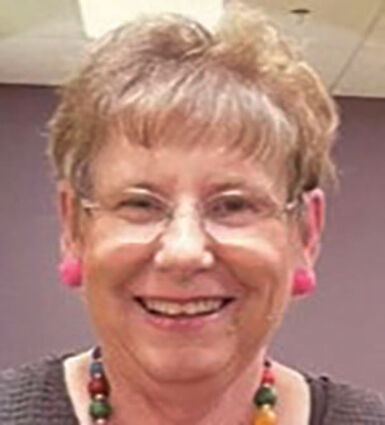 Mary Ellen Haefliger, a former resident of Shelton, WA who moved to San Antonio, Texas in 2011, died at age 76 from kidney failure and pneumonia on Friday, October 15,2021, at a San Antonio hospital.

A native of Pennsylvania, Mary Ellen graduated from Dondero High School in Royal Oak, MI, in 1963, and American River College in Sacramento, CA with an Associate Arts Degree in Home Economics in 1965. She later married Edward Haefliger in1967, and they were divorced in 1997.

Survivors include her daughter, Anne Marie Haefliger Masias of Olympia, WA and her son, Thomas Haefliger of Portland, OR. Mary Ellen also had four grandchildren. She is also survived by brothers, Herbert Barrows of Folsom, CA and Aaron Barrows of Sacramento, CA and a sister, Victoria Orne of San Marcos, Texas.

Mary Ellen was preceded in death by her parents Wray and Margaret Barrows, sisters Jeannie Bastion and Lois Schoonmaker. She moved to San Antonio in 2011, to live near her sister, Victoria Orne and her family.

Mary Ellen lived in Shelton, WA from 1977-2011. She was once employed by the Mason County Weed Control in the early 1980's. Mary Ellen and Ed were members of the Shelton Yacht Club for many years. She enjoyed hosting an open house at their home for friends to enjoy the annual Christmas Parade of Boats on Oakland Bay.

Mary Ellen was a member of Zonta International, an international businesswomen's organization. She was associated with Catholic Community Services in Shelton. She was also a member of the Christian Women's Association of Shelton.

Mary Ellen was co-owner and co-operator of Oakland Shellfish Company in Shelton for many years, being a year-round supplier of shellfish to Taylor Shellfish Farms, also located in Shelton.

Mary Ellen was a member for over 25 years of Shelton-TOA, the Shelton Chapter of Tacoma Orthopedic Association for Mary Bridge Children's Hospital in Tacoma, WA.

At her request no services were held. Arrangements were made through Sunset Memorial Oaks Funeral Home in New Braunfels, Texas.