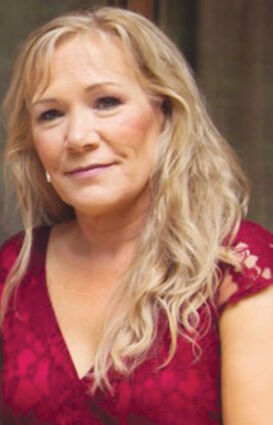 Debra Lynn Cermak-Goldy passed away, loved and surrounded by her children on October 24th, after a brief cancer battle. She was 54 years old.

Debbie was born Debra Lynn Cermak to Wayne and Barbara Cermak on November 14th, 1966, in Olympia, Washington. A native Northwesterner, Debbie spent the first part of her life Lacey, and finished high school in Shelton, Washington, where she would later settle and raise a family.

Debbie was a strong, supportive mother to her kids Chelsea, Chase, and Chloie as well as bonus daughter Summer Goldy. She loved going on trips with them and always made it a point to be involved in their lives, whether it was volunteering at school functions or hosting hangouts at the house. When her children were in school she would never miss an opportunity to cheer her kids on and be in the stands at every sporting event. Debbie was always keenly aware of how precious time with her children was and used her love of scrapbooking to chronicle every moment possible with them. It was a running joke in the family that she could create a giant album chock-full of photos about every month.

One of the highlights of her life was her new granddaughter, Quinn, who left her elated every time they got to spend time together.

Debbie was known to be a good friend and a hard worker. She was fun to be around. She enjoyed a good slice of berry pie or a cup of froyo with friends. When Debbie wasn't working or hanging out with her kids, you could often find her with her hands in the dirt, landscaping. She loved making things beautiful.

Debbie was preceded in death by her mother, Barbara Cermak, her father, Wayne Cermak, and her husband, Robert Goldy. Her presence continues on in her children Chelsea Tower, Chase Goldy, Chloie Goldy, Summer Goldy and her granddaughter Quinn M Tower.

In lieu of flowers, the family invites you to honor Debbie's memory by signing up for bethematch.org and being added to a database of potentially life-saving blood and marrow donors.