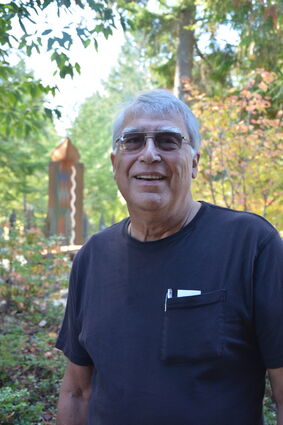 John Brady "BJ" Whitener a Squaxin Island Tribal Member passed away September 2, 2021 at his home in Kamilche, WA, a stone's throw from where he grew up on Whitener Rd. He was 73 years old.

BJ was born March 24, 1948 in Olympia, WA to Donald and Laura Lorine Whitener. He grew up in old Kamilche and graduated from Shelton High School in 1966. After graduating, he travelled while roofing until joining the Navy during the Vietnam War in 1968. During his tours he travelled the world over.

After finishing his service in the Navy in 1973 he returned back home, living in various areas around California, Oregon and Washington. In the 80's he received his undergraduate degree at the University of Washington. He honed his skills as a fisherman and farrier, worked in law enforcement, served as Squaxin's Tribal Director and afterwards became Tribal Gaming Director for several tribes in Washington State.

BJ above all else loved his family. In his passing he will be welcomed warmly by his wife Leanne Leifer-Whitener, his granddaughter Aiyana Grace Whitener, his sister Suzanne Snipper and parents Donald & Laura Lorine Whitener who precede him.

BJ was a warm, humorous, and charismatic husband, father, grandfather, cousin and friend who will be missed sorely by all those that knew him. He will be remembered for his engaging personality, generous smile and spirited laugh.

A memorial service was held on Thursday, September 9, 2021 at the Squaxin Island Sacred Grounds in Kamilche, WA.